Skip to Content
Home All Reviews Book Reviews Review: The Monsters Inside (Doctor Who #2)

Nessa Luna Leave a Comment on Review: The Monsters Inside (Doctor Who #2)

The TARDIS takes the Doctor and Rose to a destination in deep space - Justicia, a prison camp stretched over seven planets, where Earth colonies deal with their criminals. While Rose finds herself locked up in a teenage borstal, the Doctor is trapped in a scientific labour camp. Each is determined to find the other, and soon both Rose and the Doctor are risking life and limb to escape in their distinctive styles. But their dangerous plans are complicated by some old enemies. Are these creatures fellow prisoners as they claim, or staging a takeover for their own sinister purposes?

A while back, a friend of mine told me she had a couple of Doctor Who books she wasn’t going to read anymore. When I was at her place, I took a couple of them with me, one of them being The Monsters Inside, but in Dutch (“De Verborgen Monsters”). It featured Rose Tyler and the Ninth Doctor, so I was really enthousiastic about it because Nine was my first Doctor, and Rose is one of my favourite companions.

The Monsters Inside tells the story of how Nine and Rose are being arrested for trespassing on a planet. They are each brought to a different prison, and they’re trying their best to get back to each other. But then they find out that there are creatures trying to infiltrate the prison planets, and they must do their best to stop them.

I’m going to say it right away: I was disappointed. The first Doctor Who book that I didn’t give a positive rating. And I am so sad about it, because I love both Nine and Rose; but I just couldn’t care about this book. And the majority of it was the main villain of this story. View Spoiler »Raxacoricofallapatorians. We met a couple of Slitheens in the first season of Doctor Who, and I already disliked them a lot then; but this book made me dislike them even more. I have no idea who even came up with these aliens who literally wear people’s skins and then fart and burp because they’re too fat to fit in the suits; really?! « Hide Spoiler

I loved Rose, I loved the Doctor; I also liked Flowers and Dennel, but other than that I couldn’t feel anything for any of the characters, and I just didn’t care whether they lived or died.

Then there was also the fact that it was written in Dutch. It is  my native language, but it’s certainly not my favourite language, especially not to read in. I’ve said it in probably every review of a Dutch book on my blog; but it’s so childish. And – this is a little pet peeve of mine – every ‘you’ in the original book was translated into the formal you in Dutch (we have the informal ‘jij/jou/jouw’ and the formal ‘u/uw’) and I don’t know but I find that a bit annoying. Sorry not sorry.

In the end, I didn’t like The Monsters Inside which saddens me. I’ll be picking up another Doctor Who book soon, another one I got from my friend, also written by Stephen Cole but this time it’s in English. So yeah, I can’t really recommend this book to people, unless you really want to read all  the Doctor Who books out there.

My opinion in one gif: 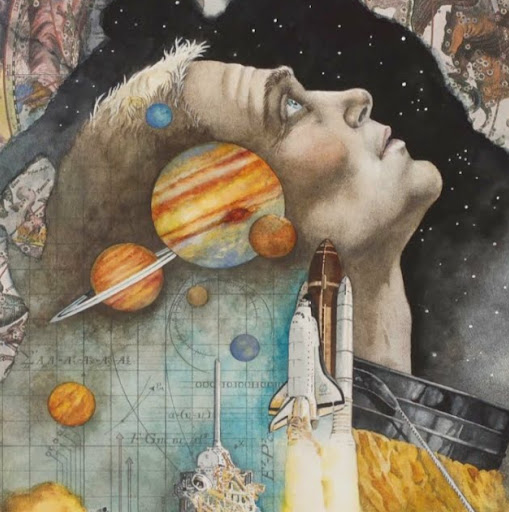 Welcome to October Tune. On this website, I will talk about books, movies, TV series, cosplay, video games and basically just anything I love.

Get yourself a random book prompt. Just refresh the page for a new rune!

The Lost Colony
by Eoin Colfer

Ruin and Rising
by Leigh Bardugo

Wicked As You Wish
by Rin Chupeco

Nessa Luna has
read 10 books toward
her goal of
100 books.

All text on this blog is written and copyright by me. Images with an October Tune watermark are made by me, images without are from Unsplash. All movie, TV posters are from IMDB and book covers are from Goodreads.